WHAT’S WRONG WITH OUR EDUCATIONAL SYSTEM?

There are an increasing number of videos like Prince Ea’s ‘The people versus the School System’ being shared on social media which condemn the way our current education system works.

Many researchers like Kohn had already highlighted the negative effects of standardised testing much earlier on (2001). So, if this was evidenced 17 years ago, why haven’t things changed already?

TOO MUCH FOCUS ON WHAT IS 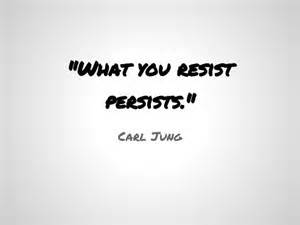 We keep focusing on what we can see and on  the things we don’t like in schools and what is not working. Carl Jung famously said that ‘what you resist persists’. I totally agree with him. If we keep doing this, we won’t get anywhere. Don’t get me wrong, I am not suggesting that we shouldn’t be raising awareness or shouldn’t be highlighting what is not working in a system, but I believe that once we have, we need to move on and to look at what can be done to change the situation.

So, whilst videos like Ea’s raise very relevant and current issues, they do not tell us what we should do about the negative aspects of the educational system. I would therefore suggest that we take stock, see what works and what doesn’t work and then see if there is a different approach we can take.

WE TALK ABOUT THE SCHOOL OR EDUCATIONAL SYSTEM BUT WHAT IS IT?

Those of you who know me will already know that as a linguist, I absolutely love words and often refer to definitions to clarify and make sense of concepts and ideas.

The word ‘system’ is defined by the Oxford Dictionary as a ‘set of things working together as parts of a mechanism or an interconnecting network; a complex whole.

In his book The Fifth Discipline Peter Senge says that “from a young age we are taught to break apart problems, to fragment the world” (through analysis). Although “it seems to make complex tasks and subjects more manageable”, he adds “we pay a hidden, enormous price. We can no longer see the consequences of our actions; we lose our intrinsic sense of connection to a larger whole”.

I believe this sums up beautifully what is going on with the Educational system and we can only understand this system by contemplating the whole, not any individual part. This means adapting a Systems thinking approach.

Yet, we are currently doing the exact opposite with the school system and as Senge states “ instead of seeing the whole pattern, we tend to focus on snapshots of isolated parts of the system and wonder why our deepest problems never seem to get solved”.

‘THE PEOPLE VERSUS SCHOOL SYSTEM’ AS AN EXAMPLE

Let’s take a look at Ea’s video. It solely talks about the school system in isolation, pointing out what it is doing to children and how it is having a negative impact on them.

But as Senge explained, viewing a part in isolation of the larger system within which it operates (i.e the whole) ignores other aspects that might influence or have potential for impact.

So simply focusing on the school system and relying mainly on linear cause and effect (i.e the school system is using methods which are failing our children) is unlikely to be successful because it ignores the extraordinary level of interdependence or interconnectedness amongst the other parts that make up the whole. These parts are the government, the policies in place, us as parents, grandparents, close relatives and friends (to name but a few).

It also leads to what Senge refers as ‘The enemy is out there’ syndrome or the human need to ‘always find an external agent to blame’. There is in each of us a natural tendency to try and find someone or something outside ourselves to blame when things go wrong.

However, as Senge points out ‘the enemy is out there’ is almost always an incomplete story. ‘Out there’ (them) and ‘In here’ (me) are usually part of a single system.

TIME TO ZOOM OUT

May be the answer is to zoom out or to consider other contributing factors within the broader system (school structure, policies, norms, other actors such as parents, government, etc) to identify how the perspectives or views are interrelated or interconnected to the issue raised, and how they may influence the way we educate young people.

In doing so, we may be able to identify what systems thinkers call ‘powerful leverage points’ or ‘places in the system that can be tweaked to support greater impact’. Some of these leverages may be within our capacity to change, others will be beyond our control. It will also involve realising the interconnections between the ‘out there’ and ‘in here’, the ‘them’ and ‘I’ so that we can create an ‘us’ instead.

I will talk more about how we can ‘zoom out’ in my next blog.